The next yearly association meeting for the Cedron Creek Ranch Association will take place at 10:00 AM on Saturday, September 11, 2021 at the Steele Creek Acres Volunteer Fire Department located at the corner of FM 1713 & PR 1401. The meeting will include election of two new Board of Director positions for the 2022/2023 calendar years as well as a special election to approve a proposed amendment to the current HOA DCCRs. The annual meeting, which will include a lunch, is open to all members of the association, however, we recommend that visitors continue to wear masks. Please contact Annie at cedroncreek@yahoo.com if you have any questions. If you can't come in person, then please use email to contact us and make your thoughts known. 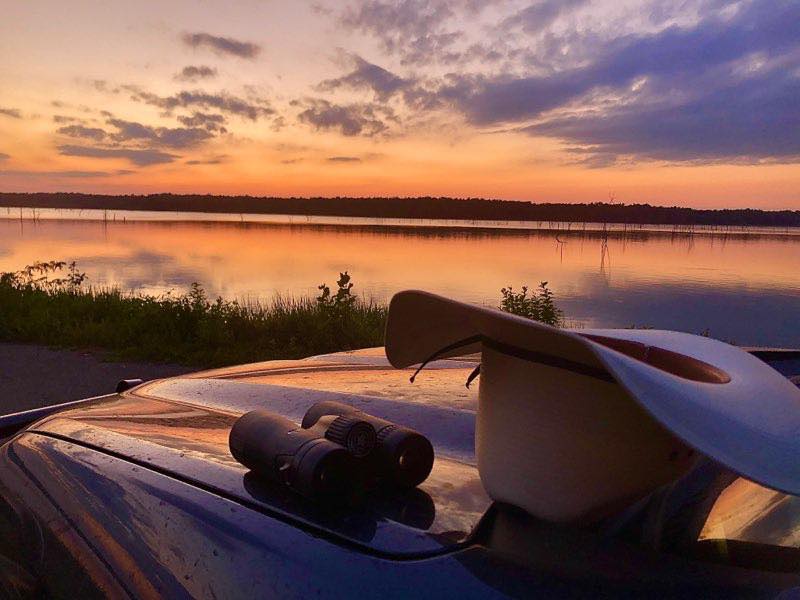 Two Houston County game wardens were patrolling the northwestern end of Houston County when they entered a tract of land and saw an open field with what first appeared to be dove blinds close to a tripod feeder. One of the wardens crossed the field to check the feeder and as he got closer to the “blinds” he smelled a strong odor of marijuana. The “blinds” were improvised grow houses for many large marijuana plants. The wardens then noticed a car parked behind bushes in front of a dilapidated house and could hear an air conditioner running. Upon further inspection around the house, the wardens found more marijuana plants. The wardens returned to their patrol truck and called the local sheriff’s office for back up. They then returned to the site and arrested the suspect. After further investigation, the house was confirmed to be a grow house complete with lights, fertilizer, surge protectors, timers, air filters, humidifiers and water. The suspect in the house had served time for murder and transporting two kilos of cocaine across the southern border. They were also in possession of a .410 shotgun and .45 pistol. The pistol was reported as stolen. The case and suspect were turned over to the Houston County Sheriff’s Office. Cases pending.

One evening, a Bosque County game warden received a call from a resident within a local neighborhood who said they had just witnessed their neighbor dragging a deer from a large ranch behind the neighborhood. The warden contacted the suspect at his residence and saw a whitetail buck hanging. When asked why the hunter killed it, the hunter replied to eat. The warden then enlightened the hunter and told him it was not deer season until Saturday. Citations were issued, the deer was seized and donated to a local family.

It Belongs in a Museum!

A Bandera County game warden received a call from a landowner who saw a white pickup on the property and hidden in the brush. The landowner said the driver side door was open, but no one was around the truck. The warden arrived on the property and two individuals, a male and female, were standing near the pickup. The warden met with the landowner and told the couple they were trespassing. The individuals admitted to digging for arrowheads without the consent of the landowner. The pair then led the warden to the location where they were digging, and the couple’s tools and cart were still on location. The two individuals were taken into custody and transported to the Bandera County Jail for criminal trespass-natural resource code (antiquities code). Cases pending.

A McCulloch County game warden was contacted by a landowner who found a tree stand installed on his property. The tree was near a property boundary fence and a ladder was placed against the fence on the neighbor’s side of the property. After a brief investigation, the warden learned the identity of the individual responsible for setting up the stand. A few days later, the warden met with the subject to issue a citation for criminal trespass and during the conversation, the violator explained he didn’t think it was a big deal to put his stand on the neighbor’s tree since it was only a few feet on the other side of the fence and it was the best tree around

A Harris County game warden received an Operation Game Thief complaint about two individuals shrimping in nursery waters. The warden responded and saw the individuals leaving the scene in a white boat. After watching the individuals stop at a dock, the warden went to their address, but they had already left. However, the identities of the pair were provided by relatives who owned the dock. The warden again located their white boat further up the channel and saw as the female occupant received a phone call. Both individuals hastily pulled a shrimp trawl into nearby brush on an island before jumping back in the boat and fleeing the area. The warden attempted to contact the woman by phone, but she hung up on the call. The person who reported the incident helped provide the warden a boat ride out to the island to retrieve the shrimp trawl and the several undersized fish in it. The woman later called the warden by accident and a private conversation between the two suspects was heard. The pair discussed dragging the net into the brush and said “maybe the game warden didn’t see it…” The next day, two wardens returned to the subject’s address and located both individuals. The white boat was trailered in the front yard. After interviewing both subjects, the wardens received a confession. Multiple citations and cases of civil restitution were issued for shrimping in closed waters and failure to possess individual bait shrimp trawl license and the undersized fish.

One weekend, two game wardens teamed up to patrol La Salle County and made several cases for over the limit of mourning doves, hunting mourning doves over bait and no hunting license. In total, 114 mourning doves were confiscated and donated to families in the community. One of the cases involved four hunters checked at a camp with 68 cleaned mourning doves. The hunters claimed to have hunted near two tanks on a mowed roadway on the ranch. The wardens checked the area on the way out of the ranch and found very little evidence of hunting in the area. The wardens decided to drive around the ranch and discovered tracks leading to a field with a deer feeder converted to a milo feeder next to a water trough. The field had evidence someone had been hunting there. The wardens went back and confronted the hunters. One of the hunters wanted to see the evidence for himself, so he led them back to the field and then confessed to hunting the mourning doves over the baited area. Cases and civil restitution are pending.

Two Maverick County game wardens paired up with a Zavala County game warden to patrol the county line for illegal dove hunting and managed lands deer program violations. While checking a camp several miles off the highway, the wardens came across a plastic zip lock bag containing two fresh whitetail deer backstraps. After talking to three different individuals in the camp, one admitted to cutting the backstraps out of a deer hit by a car on the highway. After the individual was given a second chance to tell the truth, he admitted to shooting an eight-point buck on the ranch the evening before, cutting the back straps out and leaving the rest of the deer to waste. The individuals were cited for hunting a whitetail deer in closed season and waste of game. One of the individuals was also cited for not having a hunting license for killing a raccoon.